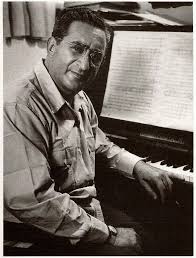 During this pandemic, I have listened to many new CD releases and have marvelled at what singers have been able to produce during such difficult times. Several lockdowns have brought about much soul-searching and thinking outside the box. Some artists have been inspired to explore, indeed embrace new repertoire and musical genres.

For Portuguese soprano, Lara Martins, it has meant veering away from operatic and theatrical repertoire which have brought her so much success (she is the longest-serving Carlotta in Phantom of the Opera,) and returning to her cultural roots. On her new album, Canção, she performs a collection of Portuguese, Argentinian and Brazilian songs.

Listening to her interpret Mozart Camargo Guarnieri’s thirteen love songs, I was reminded how much I love Brazilian classical music, its rich, multifarious rhythms and its inventive melodies. And Guarnieri’s compositional style is a real revelation. I particularly appreciated the piano accompaniment, its circular staccato progression, in Talvez(Maybe) and Martin’s voice is made for the love song. She has the knack of drawing just the right amount of emotion from the song, and her nuanced singing, her attention to phrasing, all help to express what is being said, even if the listener has limited Portuguese!

Where I would have liked to have had the libretto and the translation in the sleeve notes was when Martins sings Song of the Passing Wind in particular.

Martin’s elegant voice seemed less suited to the more ‘theatrical’ simpler Astor Pizzolla’s songs which open the album. The brasher, tango style and high notes she had to punch out felt laboured at times. I prefer Martins’ mid-range singing or the beautiful high notes she attains naturally, without force, when she is singing softly. Her voice control in the slower numbers on the album was second to none. But maybe it’s a question of taste!

Two exquisite, impressionistic songs by Daniel Bernardes (1986-) blew me away. It was no surprise to learn that the composer, who also plays piano on the album, wrote Date and Boat especially for her. Martins sang them to perfection.

This recording is a great introduction to Brazilian composer *Mozart Camargo Guarnieri (1907-1993) and offers insights into South American and Portuguese music in general. It’s high time it got more exposure in concert halls in Britain.

*Mozart Camargo Guarnieri (1907-1993) soon got rid of the Mozart in his signature, signing off his music with an ‘M.’ His Sicilian father, an ardent opera-lover, named his other sons, Rossini, Bellini and Verdi!