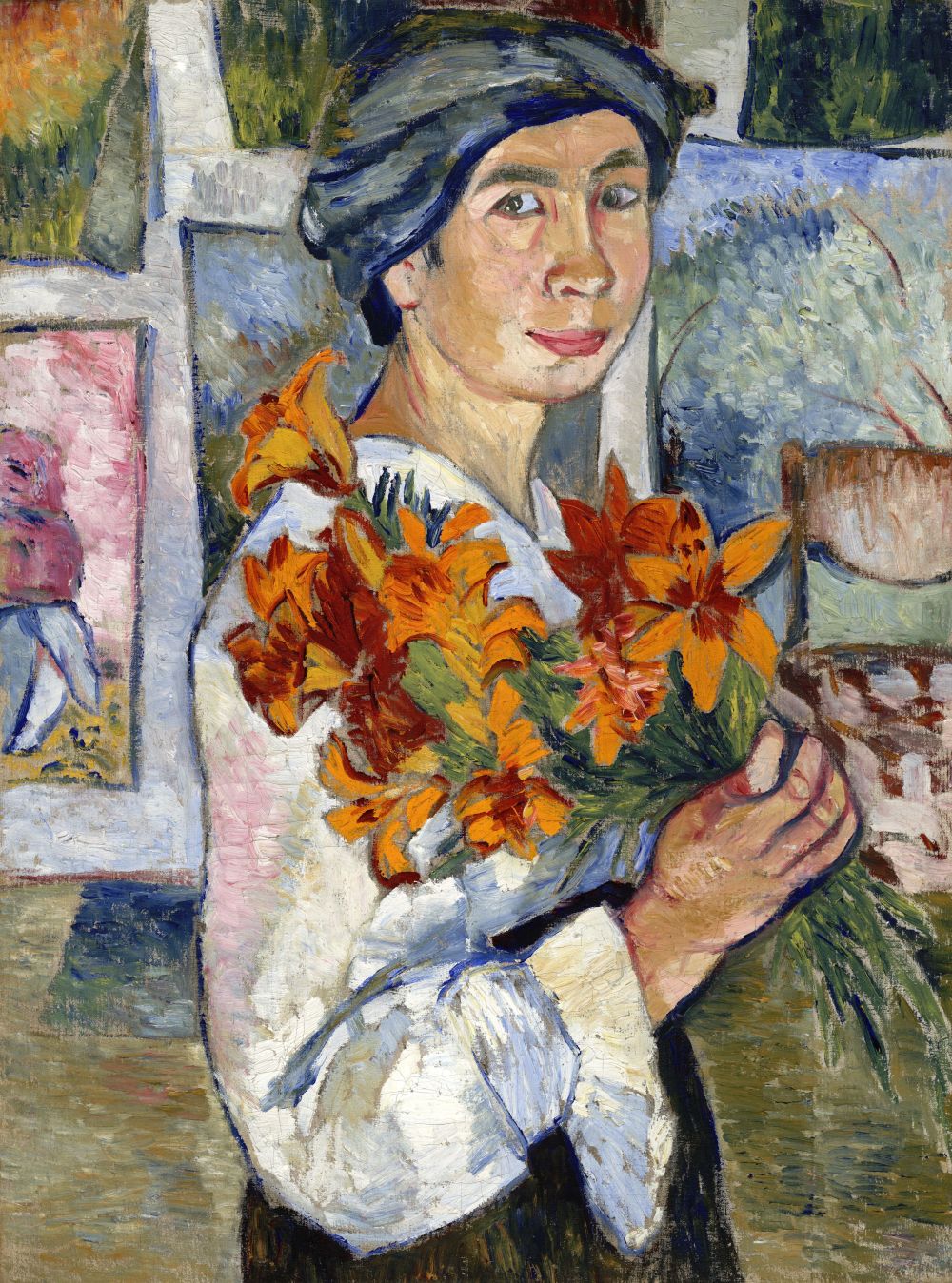 Natal’ya Goncharova and Mikhail Larionov were the power couple of the Russian avant-garde. They first met at art school in Moscow in 1898, where they were talent-spotted by the theatrical impresario Sergei Diaghilev. The two gained further recognition by exhibiting with various short-lived groups: Knave of Diamonds (named by Larionov because of its vaguely subversive associations), Plevok (‘spit’) and The Donkey’s Tail (don’t ask). Larionov was no slouch when it came to self-promotion but Goncharova garnered more column inches because of her sex. In 1910 she was arrested on charges of peddling ‘pornography’, i.e. nudity; she helped things along by wearing trousers in public and appearing in experimental cabaret daubed in body paint and not much else.

As Tate’s new retrospective shows, Goncharova’s early work was relentlessly experimental and impressively diverse: besides her paintings, she turned her hand to book illustration, printmaking and designs for fashion, textiles and the theatre. Her preferred subject-matter was a rather idealised version of peasant life: hay cutting, apple picking, dancing and so on. She used an unholy mix of modernist styles du jour: Neo-Primitivism, Cubo-Futurism and a weird, semi-mystical form of abstraction known as Rayonism, which had been dreamt up by Larionov (who gets short shrift here, by the way).

Despite the undoubted influence of the School of Paris on her work Goncharova roundly denounced Western art and pledged her soul to ‘the source of all arts, the East’. This meant adding folk art, religious icons – very risky – and, above all, the glorious tradition of the Russian popular woodcut (lubok), grandaddy of, among other things, today’s criminal tattoo art. The overall effect is exuberant, eclectic – I think I spotted some Pointillism in there as well – and invigorating. It’s also very uneven, deliberately so; her four ‘Evangelists’ (1911), for example, which caused much scandal, are as coarsely painted as scenery flats.

Goncharova’s big break came when Diaghilev took her to Paris to work on designs for Rimski-Korsakov’s Le Coq d’Or, which brought her international fame. In 1915 she and Larionov settled permanently in Paris, never to return to Russia. This meant that they missed out on all the later artistic and political upheavals: Suprematism, Constructivism and, of course, the Revolution. Living in genteel poverty in a small flat on the Left Bank, their work became decorative and rather tame. Goncharova’s creative urges waned still further after Diaghilev’s death in 1929; she eventually died aged 81 in 1962, Larionov two years later. At the risk of exposing my ‘bourgeois’ tendencies, I have to say I rather like the prettified version of Cubism that Goncharova adopted in her Paris years (see above). All the same, Tate is probably right to concentrate on the glory years.

However, most visitors to this show will probably gravitate towards the final room, covering Goncharova’s work for Ballets Russes, for which she’s probably best known. Here you can admire her dazzling sets and costumes for Les Noces, Sadko and the Firebird, as well as Le Coq d’Or, while the music of Stravinsky strums away in the background.