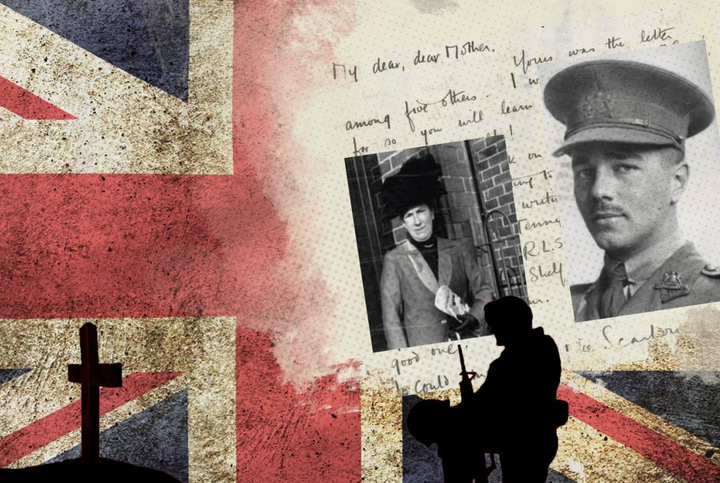 For its Interim Season, Grange Park Opera is offering several new filmed operas to the public. Owen Wingrave, filmed in September of this year, is a rarely performed work by Benjamin Britten and was originally conceived as a TV opera. It was broadcast on BBC2 in 1971. For this reason alone I was very curious to see it.

For those who haven’t read the book by Henry James on which it is based, or seen the opera, Owen Wingrave, is the tale of a military family. Owen, being the last Wingrave, is being primed for a life in the army. During a lesson on military history one day, he declares that he “can’t go through with it”. His tutor is incredulous. Owen’s conversion to pacificism sends shockwaves through his family, friends and mentors.

This is a great family drama, and the Grange Park Opera cast were magnificent, all managing to convey the nuances of their character. Baritone, William Dazeley shone in the part of Spencer Coyle, Owen’s critical but sympathetic mentor, but there again, he does have the best role. Coyle’s wife, sung by Janis Kelly, was quietly regal and warm, and at times, comical and so relatable, singing in a turban and dressing gown, at a dramatic moment in Act 2. The comedic touches were welcome in this brutal drama. Susan Bullock, Owen’s aunt, was quite terrifying but hilarious, wrenching her gaming stick this way and that for her ‘Call of Duty’ fix.

But there is no getting away from the seriousness of Owen’s decision. And there are skeletons in the family’s cupboard. The mysterious story unravels in Act 2. I confess to finding Act 1 challenging musically. Too many sung dialogues over jarring music. If the opera hadn’t been so filmic and well played, I might have switched off at this point!

Act 2 however completely transformed my opinion and made me reappraise the first half of the opera. Without Act 1, Act 2 wouldn’t pull so tightly on the heart strings.

It opened with a heartrending melody sung by his ancestors. A young boy is accused of being a coward by his father for not standing up to his friend. Britten uses the voice of innocence so well. So often in his work, a child’s voice is pitted against the forces of evil. There followed some arias which sounded that much sweeter sandwiched between the scenes of strife.

Kitty Whately, playing Kate, Owen’s childhood friend and would- be lover/wife, was beguiling, mysterious. Her beautifully solid mezzo was perfect for the role. She also knew how to play to camera. Ross Ramgobin as Owen, was touching and vulnerable. One really cared for his character when his video-gaming aunt sings “he shall be straightened out at Paramore” the ancestral home. Analogies with Britten’s own life as a pacifist and gay man are only too clear.

The film, produced by Fintan O’Connor, had some nice touches. Certain artistic effects impressed. The eye in which marching guards were reflected, was straight out of a French avant-garde film of the 1930s. The zoom shots, in which each member of the family appeared and argued in their box, artfully emphasized the divisions within the family.

This is an intelligent adaptation of Britten’s little seen work. The delicious melodies are rare and the drama high. I was gripped. A wonderful showcase for Grange Park Opera singers.

If you would like to watch Owen Wingrave  click on the following link https://grangeparkopera.co.uk/whats-on/owen-wingrave/ . It will be available to view for free until the end of 2019.