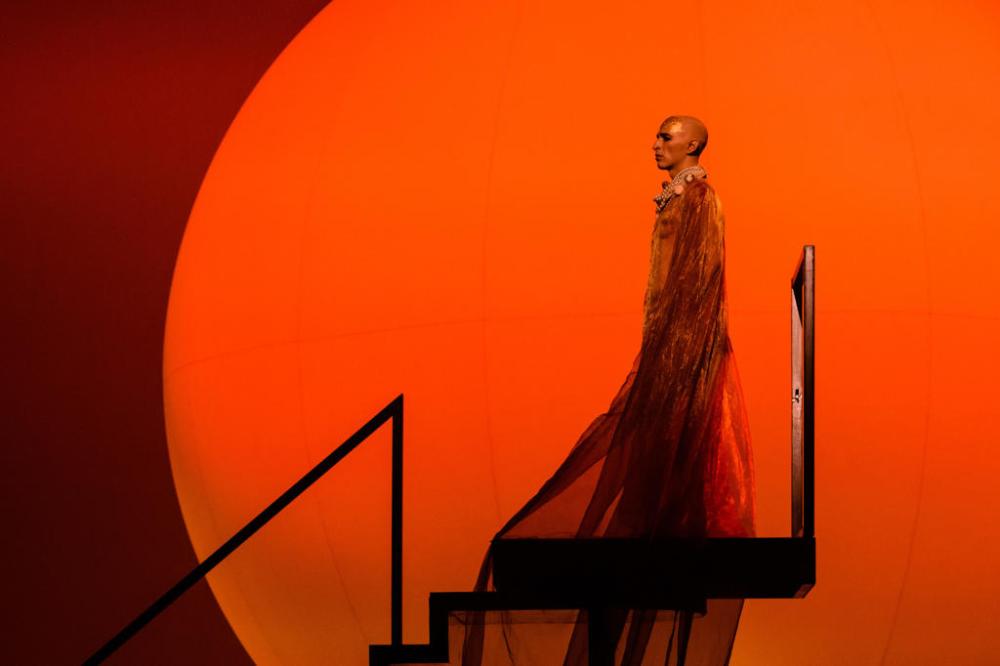 The audience settles, the house lights dim, ominous music begins to build in the orchestra pit. ‘Opened are the double doors of the horizon/Unlocked are its bolts’, the narrator intones. Welcome to 18th Dynasty Egypt as envisaged by American minimalist composer Philip Glass.

You don’t have to be a fully paid-up Glasshead to enjoy the journey, but it probably helps. In my case, the connection is through David Bowie, Brian Eno, ambient music and yes, the familiar soundtracks: Mishima, Notes on a Scandal, The Hours. Like the work of G. F. Handel (another personal favourite), there’s a pleasing austerity to Glass’s repetitive structures.

‘Akhnaten’ is the last of Glass’s ‘portrait’ trilogy, following ‘Einstein on the Beach’ and ‘Satyagraha’. It has few of the experimental touches that you’ll find in ‘Einstein’, for example: no ‘knee plays’, no ‘Mr. Bojangles’, nonsense tales or ‘baggy pants’, and definitely no yelping or whooping. There’s a conventional three-act format and even a plot of sorts. All of which probably explains why it has greater popular appeal than the other two operas. 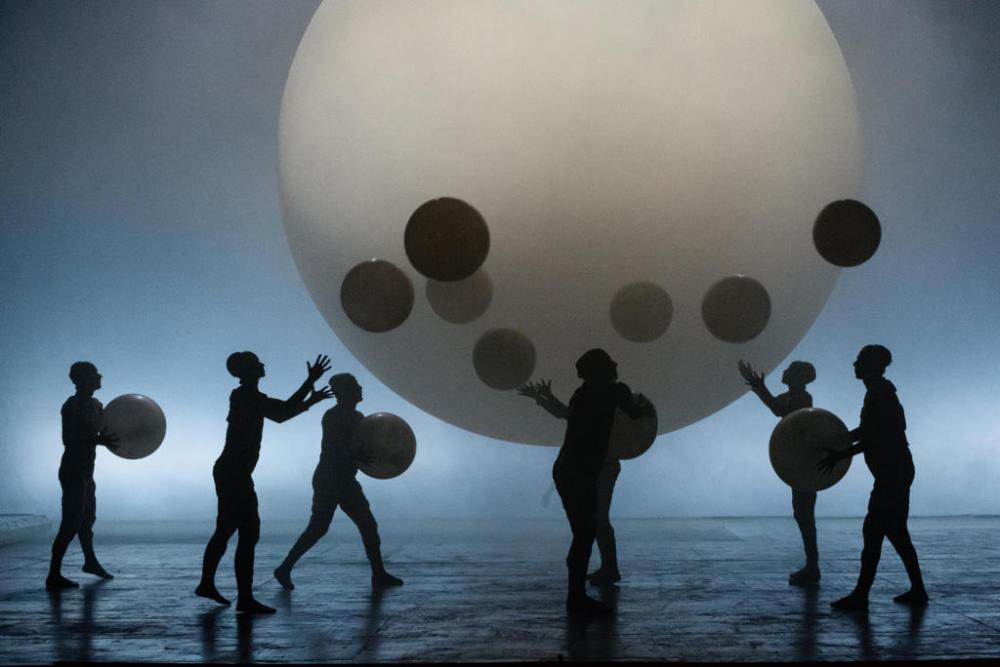 ENO has considerable form with Glass, having staged the UK premiere of Akhnaten in 1985. By all accounts that was a pared-down affair, tons of sand standing in for the pharaoh’s failed desert empire. Phelim McDermott’s production, back after a three-year hiatus, is the complete antithesis: it’s a vast baroque phantasmagoria awash with colour and spectacle, and concentrates on the hieratic and ritualistic elements of the story. A ‘skills ensemble’ of jugglers, perfectly choreographed to Glass’s music, adds further visual interest, with some (male) nudity thrown into the mix as well.

There are at least two outstanding performances, both from Americans returning to ENO from the original 2016 run. Karen Kamensek, a seasoned Glass hand, conducts with the steely discipline that this music demands, while countertenor Anthony Roth Costanzo, in the title role, brings an eerie, other-worldly quality to his singing of the (mostly) ancient Egyptian texts. Costanzo was born to play Aknhaten: he even looks uncannily like him, if contemporary statuary is anything to go by. 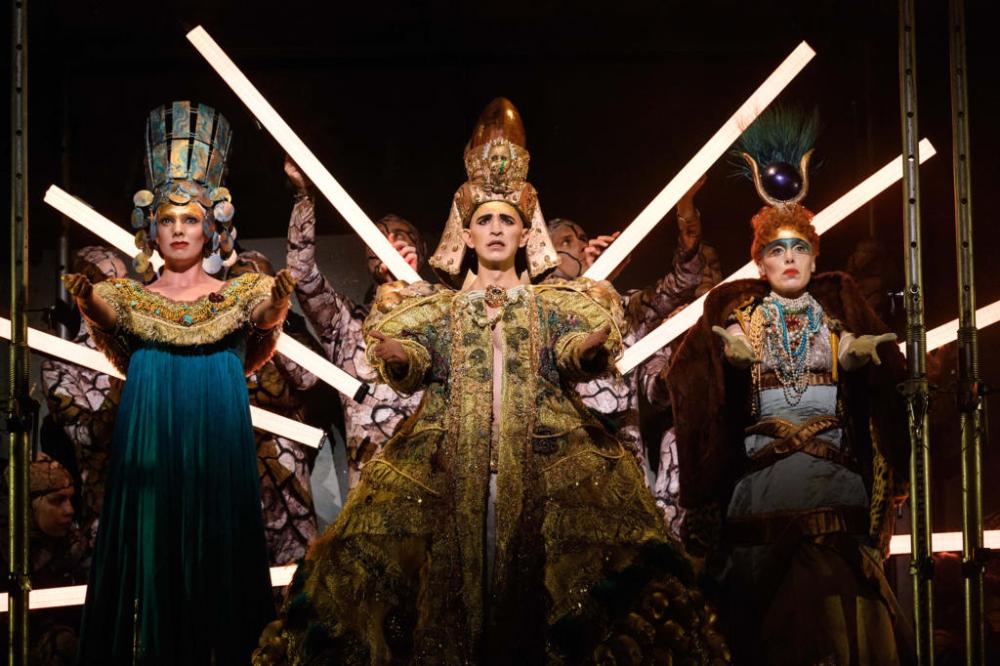 There are few quibbles. As other critics have pointed out, the secondary characters – Queen Tye, Nefertiti, the High Priest of Amon – tend to disappear into the chorus. Conversely, a little of Glass’s narrator (‘the Scribe’) goes a long way, in my opinion. McDermott’s jugglers are also made to carry rather too much – literally – and in any case, you’re always expecting them to drop something, although naturally they don’t. None of this seemed to bother the Coliseum audience, though, which lapped it up all the way to the last curtain. This is opera without pain. 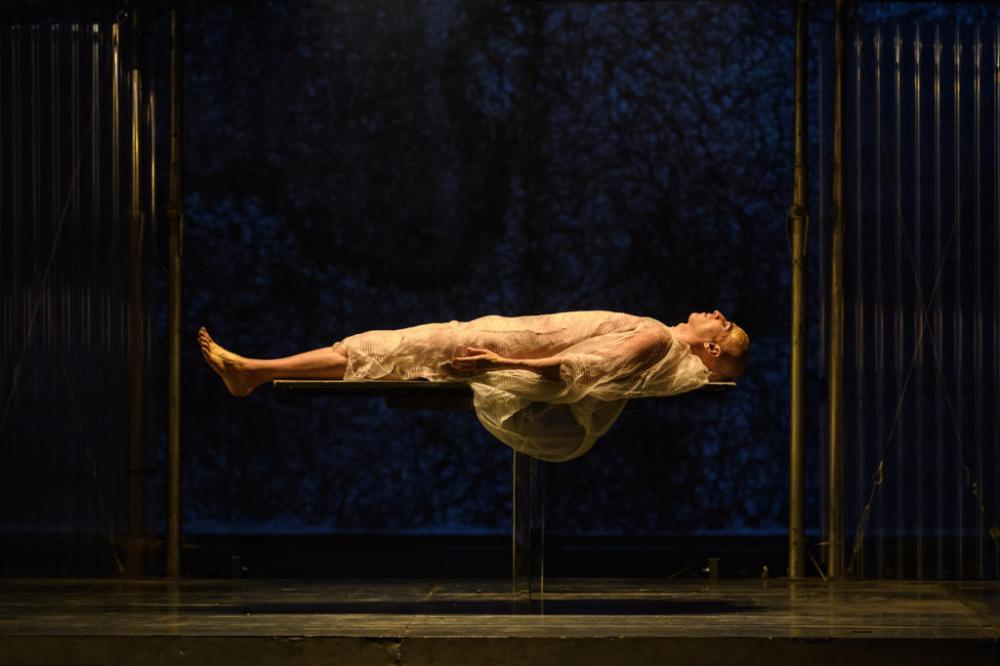