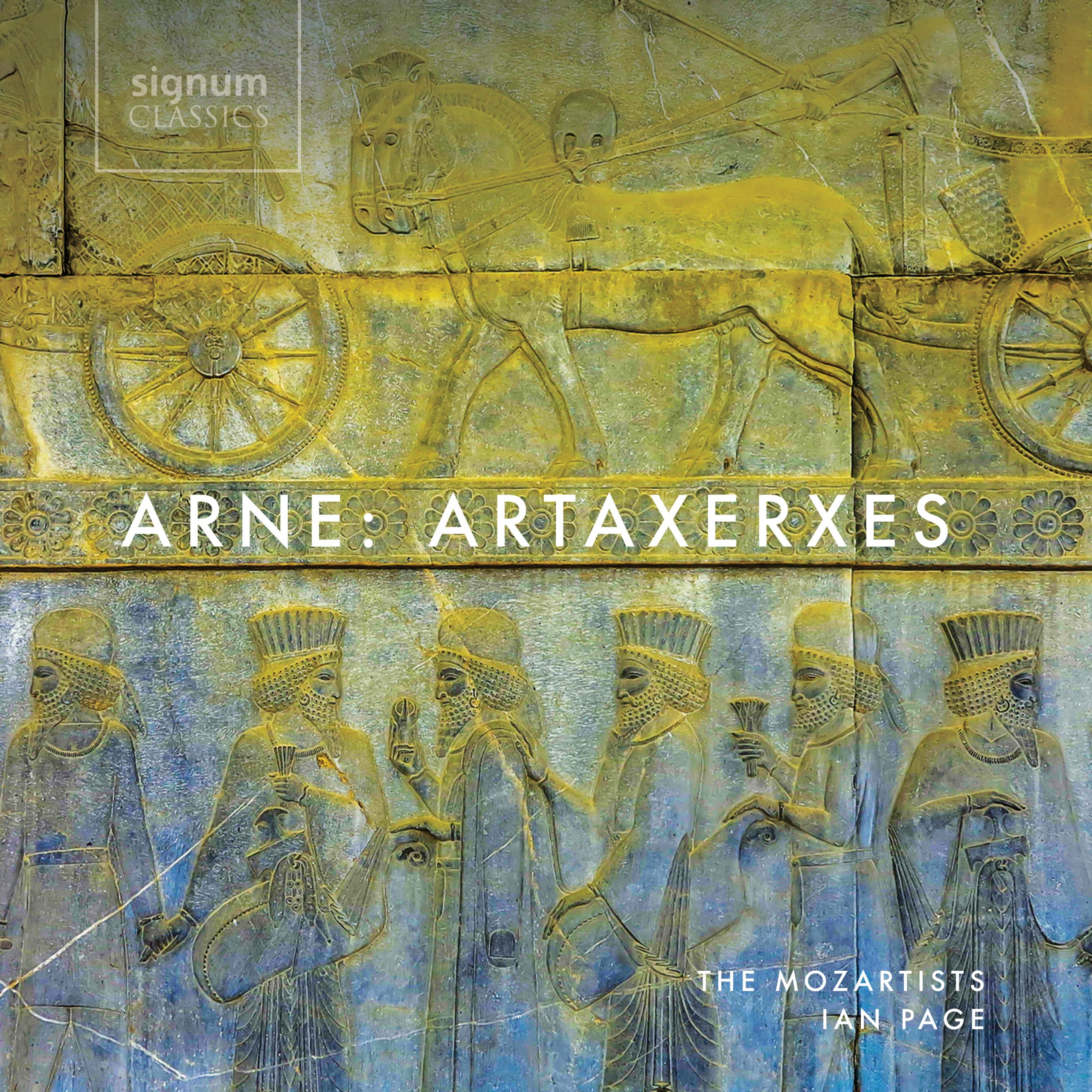 I sat down to Arne: Artaxerxes over the Bank Holiday and believed, at first, that I was listening to a newly discovered Mozart opera.

Young Mozart may well have seen  Artaxerxes in London in the mid-1760s when he was touring. He loved opera with a capital L and Thomas Arne’s hit work must have fuelled Mozart’s boyhood passion for the theatrical genre.

So why has Artaxerxes’s creator been largely forgotten? The answer is to be found in the tragic burning down of the Theatre Royal (predecessor to the Royal Opera House) in 1808. Arne was long dead by the time the fire struck, but his manuscripts, which could have immortalised him for ever more, sadly all went up in smoke.

Mercifully Arne’s arias, overture, and duets for Artaxerxes had already been published by the time of the fire, thus leaving us with the main core of Artaxerxes.

Ian Page, conductor, and artistic director of the Mozartists orchestra has taken on the task of reviving this eighteenth-century gem. In a new recording of Arne: Artaxerxes, Page has rewritten the recitatives (no mean feat) and musicologist, composer, and baroque violinist Duncan Druce, has reproduced the finale.The end result is a very slick and judicious restoration of the work.

I received the beautiful 2-disc pack, with much anticipation. True to the Italianate opera seria genre, this is a story of kings and queens and of ancient civilisations. Also of love, betrayal and politics. I was worried that the story may be too convoluted or simply emotionally distancing. But not at all as each singer breathed warmth and life to each character.

Meanwhile the Mozartists period orchestra faultlessly produce that eighteen-century sound. If you close your eyes, you too might be transported back to the night when young Mozart first looked upon the opera stage in awe and was moved to tears by the loveliness of the strings in Arbaces’s aria; “O too lovely, too unkind” .

The arias abound in Artaxerxes – twenty-eight in total! Mostly solos, not overly long, but long enough for us listeners to delight in these bite-sized beauties. The singing is of the highest order and the cast meld perfectly. And as for Duncan Druce’s rousing finale – it makes you feel good to be alive!

Arne:Artaxerxes out on Signum Classics is one to treasure.

Arne: Artaxerxes is out on Signum Classics on 14th May 2021 : https://signumrecords.com/product/arne-artaxerxes/SIGCD672/